The heritage of Southern Unionism 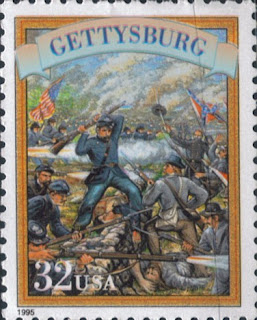 I just came across this article about Southern Unionists, which talks about the number of Southerners who served in the Union Army during the American Civil War, "The Confederate Spin on Winfield Scott and George Thomas", by Francis MacDonnell Civil War History Dec 1998 (print edition). Lost Cause true believers like to refer to the Civil War as "the War Between the States", to emphasize their argument that the war was not a civil war involving classes between different sections of the same society, but rather a war of one nation (the US) against another (the Confederacy).

Gen. Winfield Scott was a hero of the Mexican War who was in command of US forces at the time Southern states started seceding, beginning in 1860. Both he and Gen. George Thomas stayed loyal to the United States and refused to join with the secessionists.

After the war, devotees of the Lost Cause pointed to Lee's fidelity to Virginia as unmistakeable proof that an honorable man's primary loyalty belonged to his state rather than his nation. As Alan Nolan has observed, Lee helped sustain such views by describing his decision to fight for the South as a matter of duty and compulsion. Yet raw numbers suggest that Southerners who made the "other choice" greatly affected the course of the War. Ninety to one hundred thousand whites and approximately 98,000 blacks from Confederate states entered the Federal ranks, making a total of over 188,000 militant Southern Unionists. Scholars estimate overall enlistments in the Confederate Army at between 750,000 and 900,000 men. Thus, as many as one out of five Southerners who fought in the Civil War were Union soldiers. As Richard Current has noted, the 90,000 to 100,000 whites who enlisted in the federal army constituted a double loss for the Confederacy, denying desperately needed troops for the secessionist cause and at the same time strengthening the invading yankees. Given the obvious menace posed by internal division, one can hardly be surprised at the industriousness with which Confederate publicists worked to defame Unionists, especially two of the most consequential ones. (my emphasis)

Another thing to keep in mind when hearing about neo-Confederates claiming that celebrating the Confederacy and Jim Crow racism is just a matter of "honoring their heritage".

The heritage of the patriotic Americans who fought for their country instead of the slaveowners revolt certainly deserves to be honored. The Confederate cause does not. Thomas' comments from 1867 are worth noting:

At the start of the war, Winfield Scott was the most celebrated Southerner to side with the Union. By the conflict's end, that distinction belonged to George Thomas. Thomas knew that his decision to bear arms against the South had subjected him to savage attacks by supporters of secession. In a March 2, 1867, piece in the Army and Navy Journal, he expressed anger at the way former Confederates had successfully stigmatized Unionism: "[l]oyalists to the whole country are called d--d Yankees and traitors, and over the whole great crime with its accursed record of slaughtered heroes, patriots murdered because of their true-hearted love of country, widowed wives and orphaned children, and prisoners of war slain amid such horrors as find no parallel in the history of the world, they are trying to throw the gloss of respectability, and are thrusting with contumely and derision from their society the men and women who would not join hands with them in their work of ruining their country." Thomas wrote out of personal experience, for his own actions and character were the subject of a vicious campaign of rumor-mongering, distortions, and lies. Such attacks continued, even intensified, after his death. (my emphasis)